Not dead, but sleeping.

On our weekly outings, Ben has been gracious enough to fit in mini tours of the city. Yesterday found us stumbling upon the elder of SLC's cemeteries. When he told me that his relatives happened to be buried somewhere within, I thought it would be fun to find their plots. Strangely, though Ben had not been to the site in more than 20 years, he drove to the exact spot. Here lies Ben's grandma Berniece and her 2 consecutive husbands. Buried in the next row are Berniece's mother, father and brother. 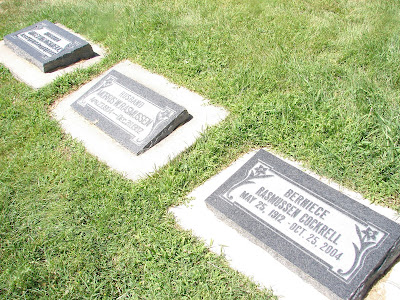 Apparently they are just sleeping. 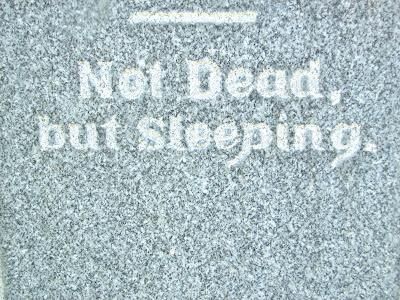 I don't know about that, but it sure is a peaceful place. 5 bucks were lounging in the shade. Surely there were does and babes nearby. This buck had the nicest rack: 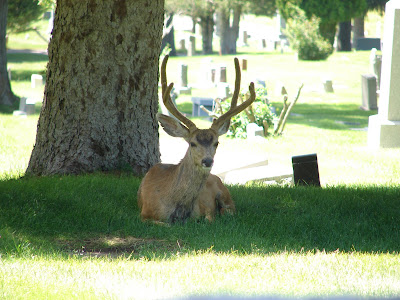 I suppose we will have to plan a trip across town to gift Ben's grandma's grave with some of the lovely roses that she planted long ago. At the very least it's a good excuse to go visit those beautiful deer.
Posted by T. Shakti at 3:14 PM