First request this morning: "Mama! I need a cape!" Okaaaaay... I dug out a silk wall hanging that has been collecting dust and tied it around his neck. He then donned an old pair of our magic rainbow glasses that he poked the lenses out of. Insert one tiny bike into the mix and you have SUPER KID (sometimes also known as SUPER BAT BOY!) Whatever you choose to call him, he has made it clear that he is a fierce one to be reckoned with. He'll crash through your garden! 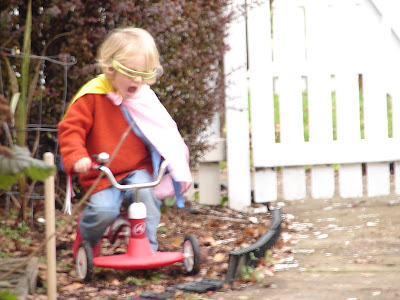 If you ask sweetly, he will stop and pose for a brief pic! 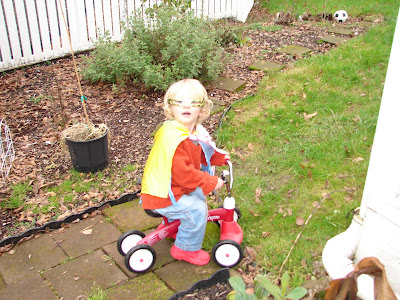 No time for autographs, though. After adjusting his glasses he is off again! 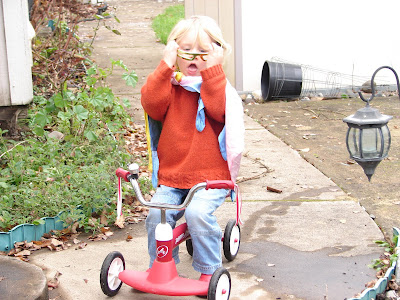 This is his "fierce" face. He has been calling himself fierce ever since watching Project Runway season 4 with Mama. A big Christian Siriano fan... 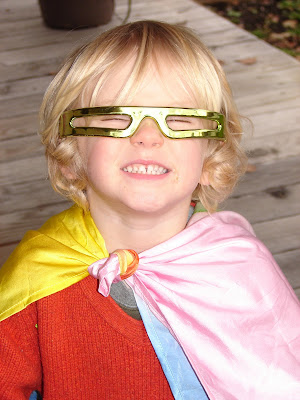 Super Kid says that his super powers include saving kitties from trees, making sure no trees are cut down & getting to where he needs to be with lightning speed. I think he forgot to add in that he specializes in melting hearts. Just look at that face: 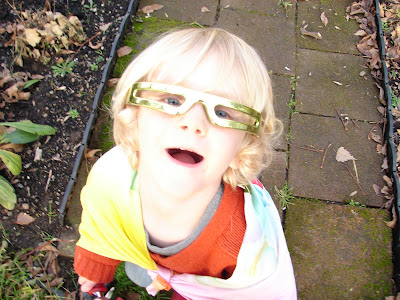 Sweeeeeet! I am thankful to Super Kid for getting us outside for a bit today. I noticed that the roses are a bit confused about what season we are experiencing. So pretty, though! 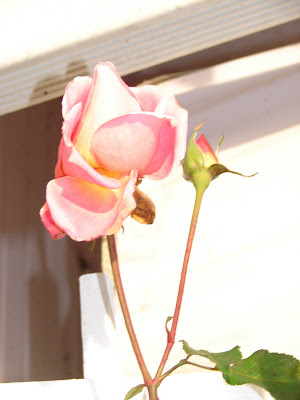 Oh! Here is the tiny playground just outside of our yard. Baz is in love! Lots of trails and trees back there to enjoy. 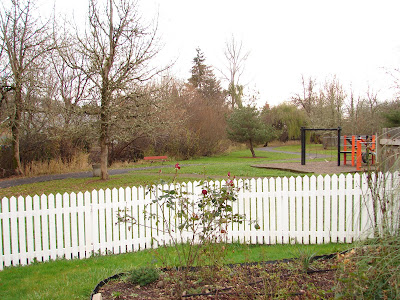 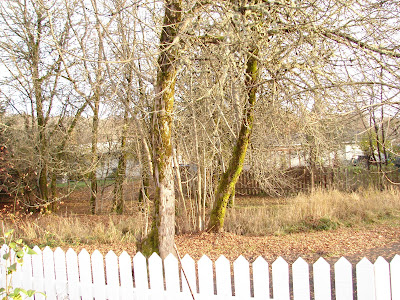 We're loving these sporadic sunny moments that occasionally grace a stretch of cloudy/rainy days. And loving the greeeeeeeen! Super Kid is hoping to capture the attention of some local kids that he can play with out on the playground. Looking forward to Spring when the children are spending more time outside and his little wish will come true.
Posted by T. Shakti at 3:56 PM