It has been a wild and crazy ride the past few months. We left off with a promise to post a pic of Baz's Halloween costume... 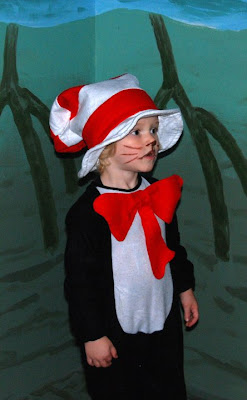 Better late than never? ;) Okay, my apologies. I have a whole pile of excuses, surely none of which anyone is interested in. On an up note: We moved! Loved the coast, but opportunities for work are slim to none in the off season (basically October through May) and Ben is ready to pursue some educational goals. We settled inland about 50 miles in a tiny town called Philomath. We are literally on the border of Corvallis, so best of both small town and college town worlds. Oh! Plus, Corvallis is so much like the positive parts of Davis that we are truly feeling at home here. Pics of the new place to come in the next few weeks!
Naturally, we couldn't stay away from the coast for long. We ventured on over to Newport last night for their community holiday celebration. We slipped into our old neighborhood haunt Savory Cafe and enjoyed ridiculously good pizza & salad before heading on over to the bay for the lighted boat parade. I had a tough time capturing photos of the lighted boats. Don't be fooled... they weren't whizzing by or anything. I was just verrrrry cold and shakey. Also, not sure if 7 boats counts as a parade... but it truly was a sweet idea and fun to warm our hands with hot beverages while we braved the crisp air. 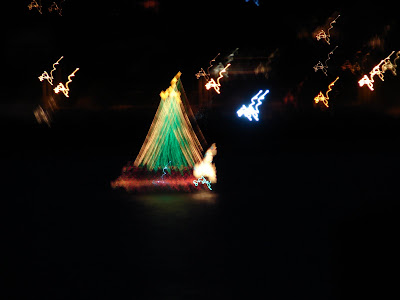 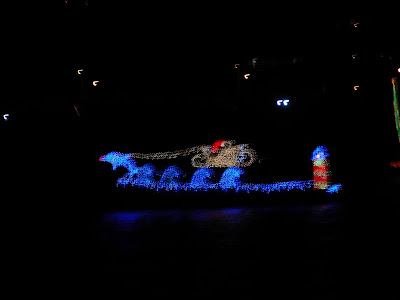 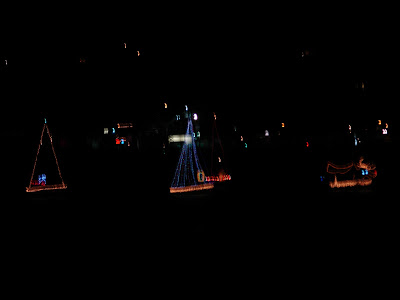 Then, the meat of our visit! Holiday evening visit to Oregon Coast Aquarium! We arrived early and were some of the first in line which meant an hour long wait for the doors to open and one crazy wild Baz running around and talking to anyone who would listen. 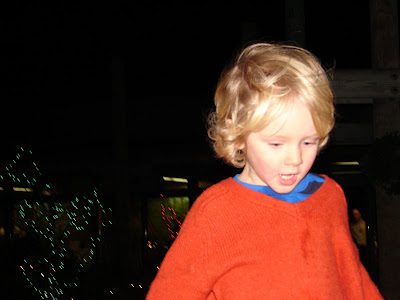 Luckily, I was able to get him to stand still long enough to ensure that his photos weren't whizzy like the poor lighted boats' were. 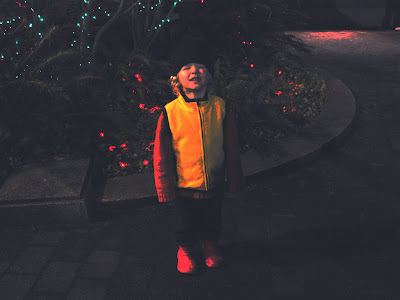 Also, there is a RAD (and maybe a little sad) art display currently at the aquarium. All materials used are found objects/garbage from local beaches. This fish was incredible! 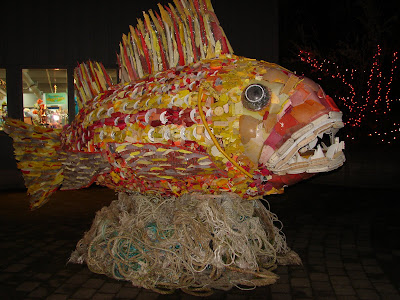 The ceiling to floor jellyfish is made entirely of plastic bottles! There was even a giant coral reef modeled out of styrofoam! 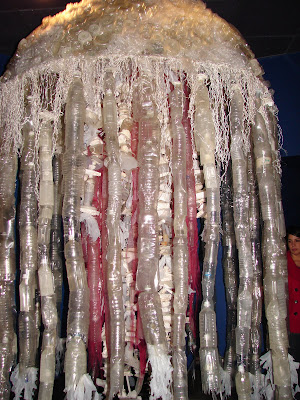 And then there was Santa! Baz climbed up and asked immediately for a blue wooden race car, much to my surprise. Now it is all he talks about. Thank goodness Mama was able to find one and let Santa know which one to bring for Solstice. ;) Honestly, Baz was so thrilled with the candy cane that I think he doesn't much care what Santa brings so long as he leaves behind some candy canes. 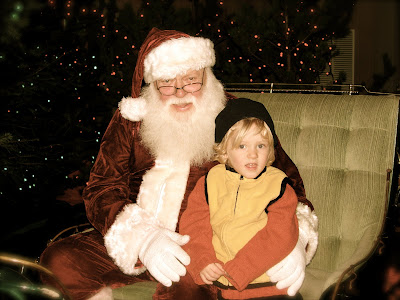 We had a good giggle over these fish sculptures getting into the holiday spirit: 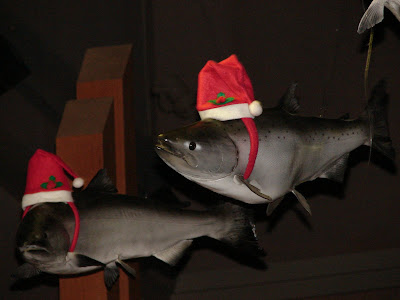 Wondering why we had to be at the aquarium so early? Ben was part of the entertainment! He wanted to be a part of the caroling put on by his barbershop chorus, The Coastalaires. Since we moved he has been missing meeting with his guys weekly, but he still plans to study the music and meet back with them for performances until he can find a group he gels with in the valley. 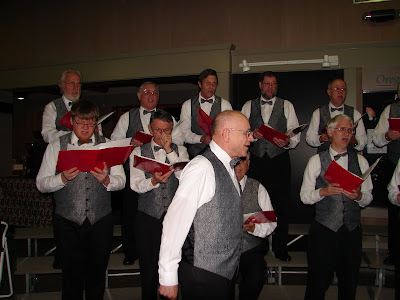 Baz loved watching Daddy sing and wanted to join in, but he had a mouthful of candy cane, so he listened with quiet intent. 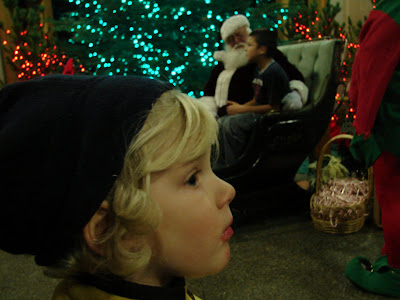 ...and occasionally Baz would get the attention of the chorus and elicit some cheer from them. 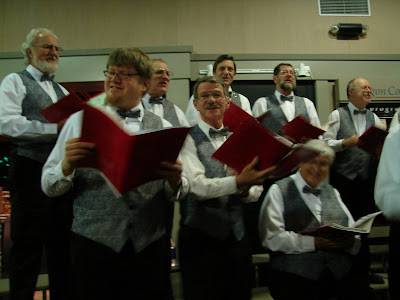 It was a good time and a great kickoff to our holiday season. Looking forward to some snuggles by the fire, much hot cocoa & our annual Christmas Day enchilada feast. Ooooh! And a certain little one's approaching birthday (it's a hot topic in our house right now that he is not going to let us forget). We hope you are all enjoying the season as the dark approaches the light. May good cheer and gentleness fill you and may your December be the merriest!
Posted by T. Shakti at 12:21 PM